— Kike Navarro's opinion that La Palma is an island of contrasts is shared by many island connoisseurs.

His photo today reveals one of these contrasts in a very small space. It shows two vineyards with the same purpose but very different methods.

In the foreground we see a traditional vineyard. The bush vines stand in a natural, orderly, but not linear form. Their canopy protects the grapes from too much sun and helps retain moisture. The soil is not ploughed, so plants can grow as green manure. They also conserve soil moisture and increase the diversity of beneficial insects and other animals.

We can see from the long shoots that the vines are waiting to be pruned. This traditionally happens on La Palma around 02 February. The heavy pruning results in fewer vines, but the grapes grow larger and are of the best quality. 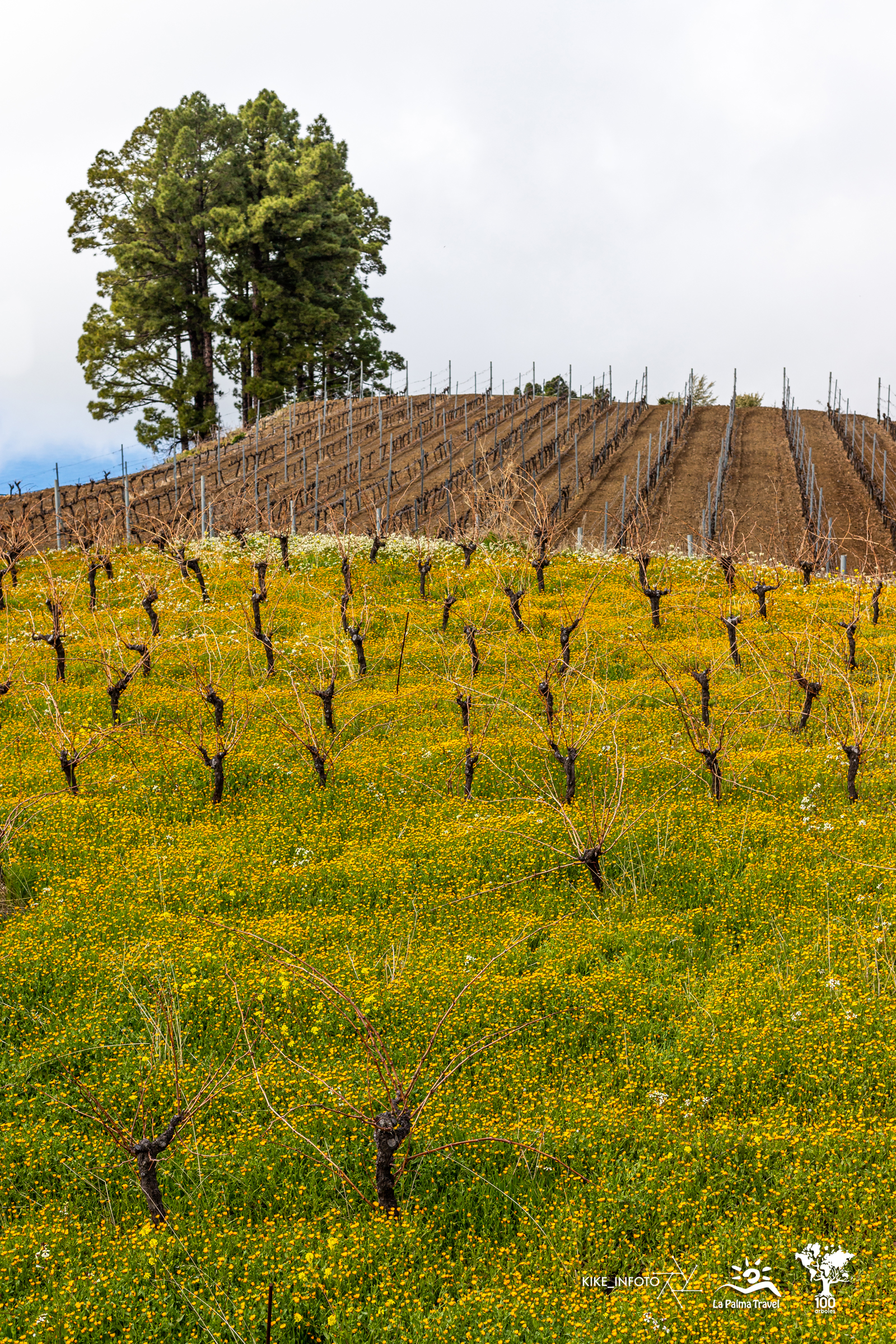 At the back, a modern cultivation method contrasts. The vines are strung along the wire frame in trellis training. The shoots are tied as they grow to keep them off the ground. This makes the work in the vineyard easier and machines can also be used to work the soil. To prevent the growth of other plants and thus prevent competition for nutrients, the soil was additionally treated.

Each method has its advantages and disadvantages, but the traditional method is clearly the one that beautifies the landscape. On La Palma, viticulture has been a tradition since the beginning of the 16th century.

By the way, hardly any foodstuff in Europe is treated with pesticides as frequently as wine.

On the "Isla Bonita" there are several bodegas that practice organic viticulture, even if not all of their wines bear the EU organic seal on the bottle. The quality of the island wines is controlled by the supervisory authority with the designation of origin "Denominación de Origen La Palma".

Depending on the location, different grape varieties thrive in small vineyards thanks to the fertile volcanic soils and the sunny island climate. Particularly popular are the red wines from the Negramoll and Listán negro grapes or white wines from Listán blanco or Albillo. World-famous is the sweet Malvasier and typical for the north of the island the slightly resinous Tea wine.

Kike took the picture of contrasts in the vineyards of Garafía between Briesta and El Castillo.

Winemaker Eufrosina Pérez offers guests the opportunity to visit the bodega by appointment and enjoy not only her wines but also typical Canarian specialities.

Wine has been grown on La Palma for centuries. The El Níspero winery and its vineyards are located in the mountainous region in the northwest of the island.

The history of wine on La Palma began around 500 years ago, shortly after the Spanish conquest.

For almost 300 years, wine was an important source of income on the island.

As early as the middle of the 16th century, Palma wine was mainly exported to England and its colonies. The soil and climate suited the vines so well that many more vineyards with different varieties were established.