In this case, a drone lifts us into the sky. Everyone who has ever been on the island knows that it has many curves. The reason is the ratio of the surface area of a good 700 km² to mountains up to 2426 m above sea level.

Paths, tracks and roads sometimes wind through the landscape created by volcanoes in adventurous hairpin bends. This is the only way to overcome the differences in altitude from the coast up to 2300 m. The landscape we see in Kike's photo is at an altitude of almost 1500 m. The road appears like a labyrinth. The road appears like a labyrinth between the green of the vineyards and pine forests that lie carefree next to each other. 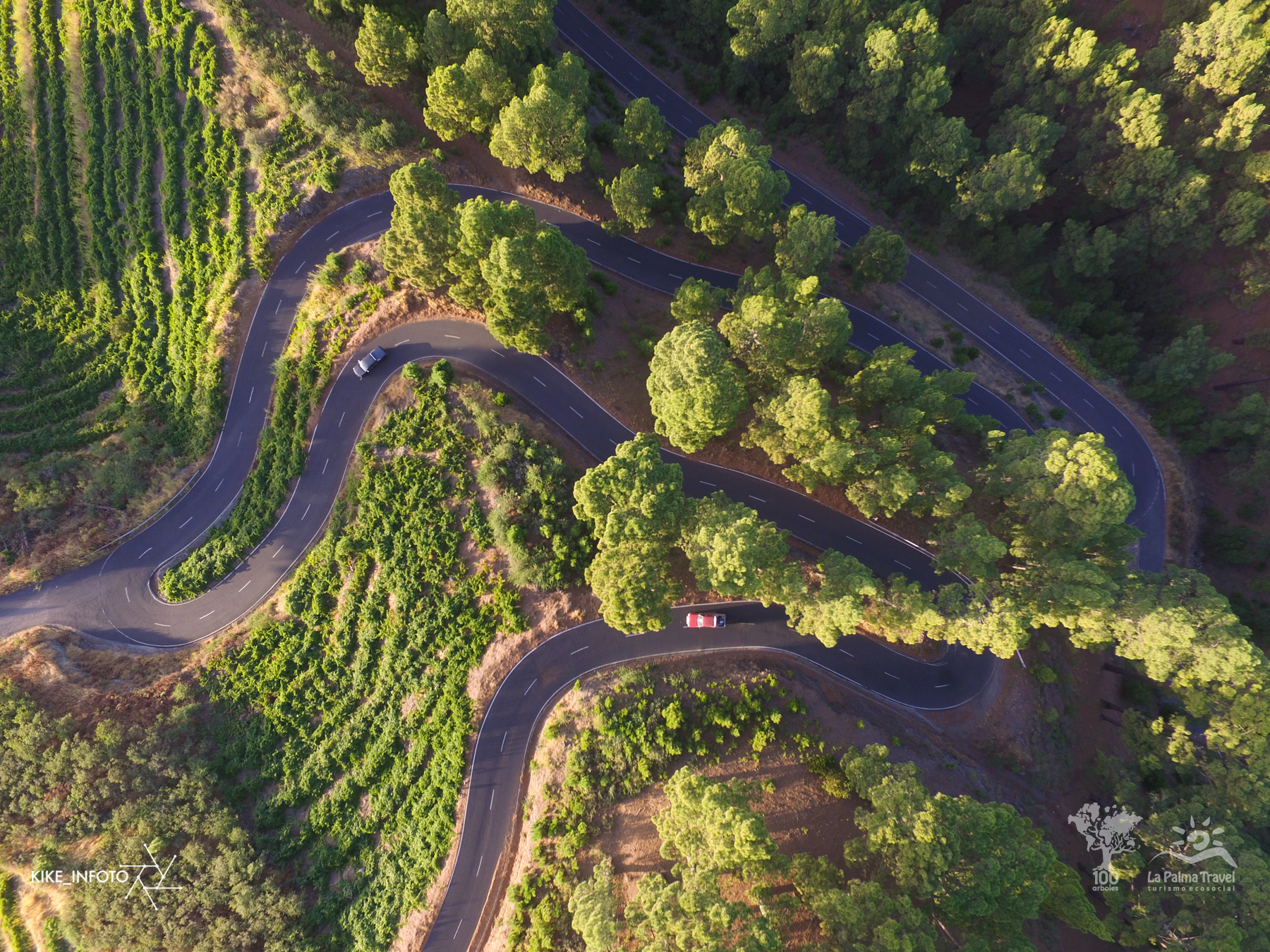 These are not simple fields where these vines grow. The terraces were laid out in what is known as "heroic viticulture". The steep slope makes the work on the vineyard difficult. Up here, the limit of viticulture is also reached. Now in September, the vines are still green with leaves. While the harvest in the coastal wine-growing areas, e.g. Fuencaliente, takes place in August, here it is delayed until November.

The grapes from the northwest thrive between 800 and 1500 metres. Some bodegas press the traditional "Vino de Tea" from them. It gets its slightly resinous taste by maturing in barrels made of the heartwood of the Canary Island pine (tea).

To enjoy the pleasure of driving on La Palma's roads and the magnificent scenery, don't be in a hurry, and only taste the wine after the journey is over.