— This week Kike Navarro captured for us two grajas that seem to be having an interesting conversation.

Perhaps they are talking about why their subspecies of chough (Pyrrhocorax pyrrhocorax barbarus) is only found on La Palma, or about the strangely cool weather this summer.

On the island they are known as Graja and it is probably the most symbolic bird on the island.

Although the choughs are very easy to see, they are reluctant to be photographed up close. Fortunately, they are now distracted by their courtship display, or are they already juveniles chasing their parents and loudly begging for food?

Kike took his time and waited patiently, and after a while these two allowed him to take some photos of them.

The pair was in the area of "Llano de Las Cuevas" in El Paso. An ideal place to observe them, because this is where one of the network's telescopes for bird watching is located. 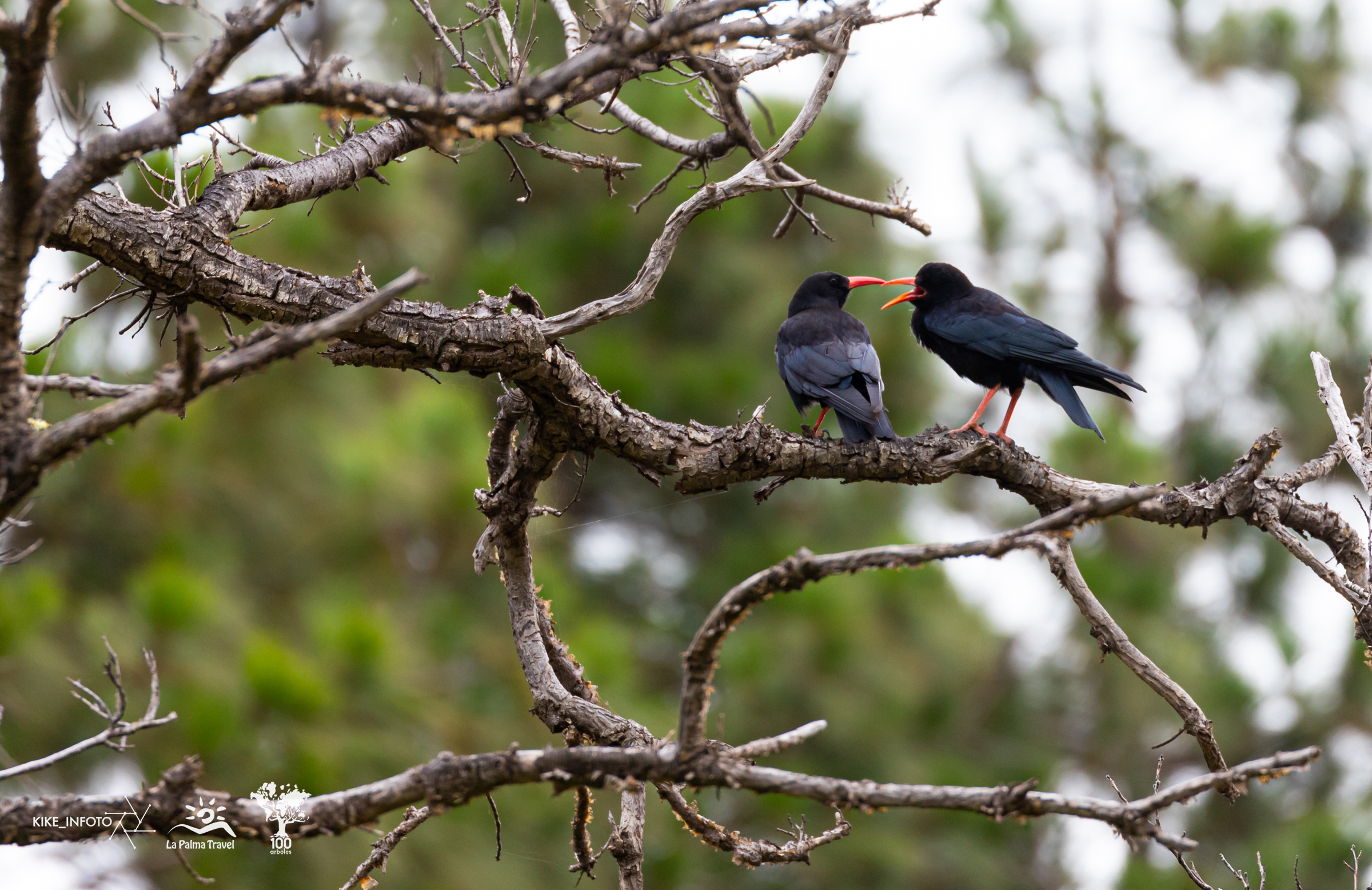 Long before you see the grajas, you can hear their loud, metallic screech.

Children on La Palma learn their characteristic sounds as early as primary school. In our article about the Palmerian alpine crow "Graja" you will find an audio example...

The Red-Billed Choughs are excellent flyers, who are comfortable in the high mountain areas.

The "graja" — La Palma's emblematic raven of the high mountain regions  — can be identified by its red beak, that has a yellow colour for young birds, fed by both parents.