The waterfall in the laurel grove

— This week Kike Navarro shows us one of the most characteristic places on La Palma.

The waterfall of Los Tilos is located in the municipality of San Andrés y Sauces. The north-east trade wind often causes clouds there in the mountainous region and it rains more than in other areas. The underground water reserves are replenished and the humid forest is evergreen.

The "Cascada" has its origin in the high-altitude springs of Marcos y Cordero in the Las Nieves Natural Park. They are among the most important springs in the Canary Islands.

Already at the end of the 15th century, the first canalisation works began in order to lead the valuable water to the sugar mills and to the plantations of the sweet cane. The initiator was the councillor Marcos Roberto de Montserrat and the construction manager was the engineer Cordero.

The remaining water continued to flow freely through the deep gorge until the beginning of the 20th century.

In 1955, the Salto del Mulato hydroelectric power station was built and with its commissioning, the waterfall disappeared for several decades. Today it is part of a canal complex that collects the water gushing from the earth and uses it for irrigation. 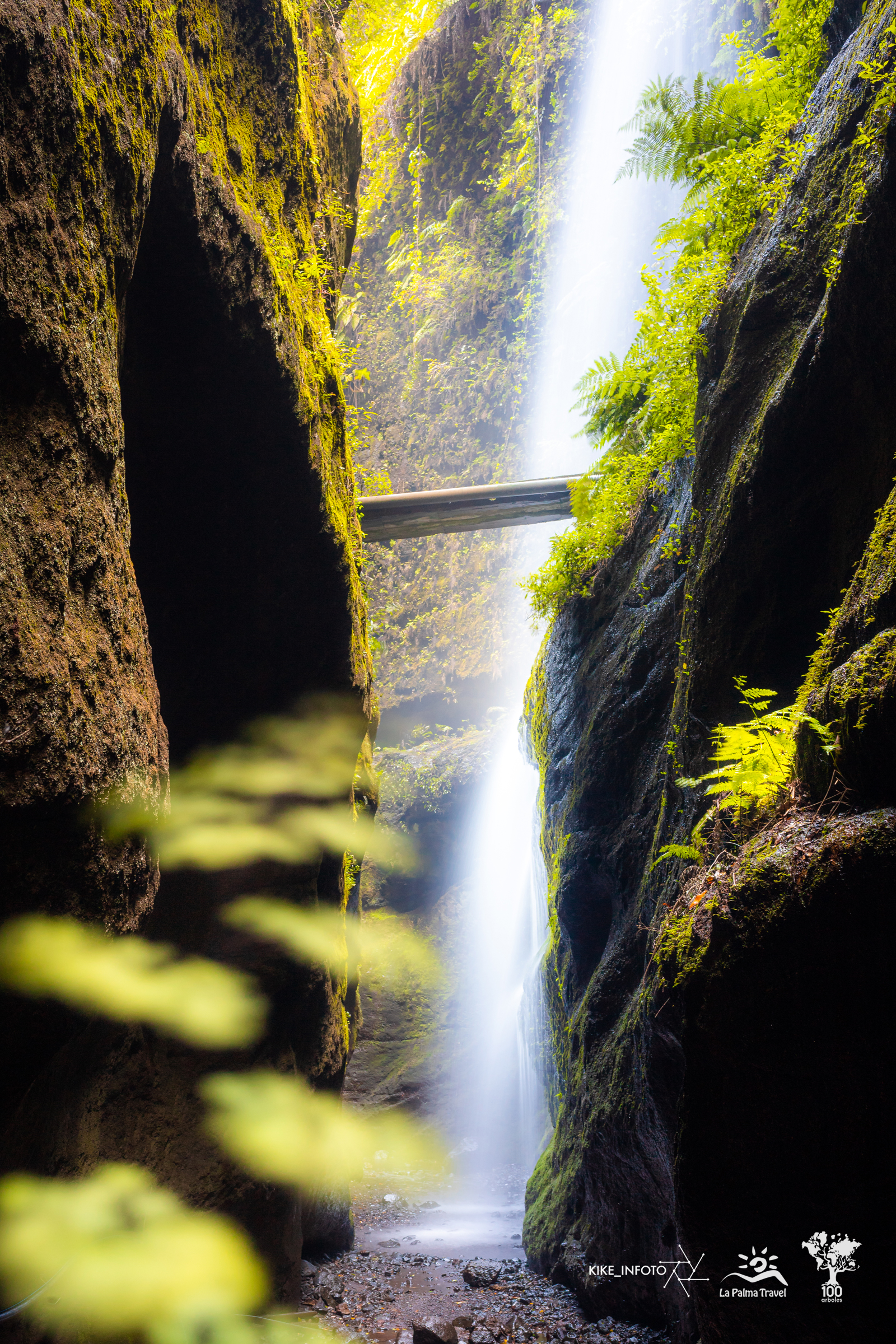 From the Los Tilos Visitor Centre it is a nice walk to the waterfall. The front side is the easiest to see, but if, like Kike, we are prepared to get a little wet, we can also see the back part pictured here. What appears to be a bridge from below is actually a narrow channel.

It is an impressive place, surrounded by huge rock walls full of life. Sometimes we can hear the song of the shy laurel doves. Huge fern fronds play with the sunlight and cast shadows. The sound of the water creates its own silence.

In the municipality of San Andrés y Sauces in the north-east of La Palma, it is possible to immerse yourself in a primeval forest that only exists in a few places.

Thanks to its springs and the rainfall of the trade wind clouds, the evergreen laurel forest resembles a jungle with thick lianas, mosses, giant ferns and rare wild flowers.