The mosquito hunter and the bird flower

— Kike took this great picture in a small meadow in Llano Negro / Garafía.

On La Palma, winter is actually more like spring. Thanks to the occasional rainfall, large parts of the island are covered with the fresh green of various plants within a few days. The first flowers are also opening.

Kike Navarro shows us how we can take this opportunity to observe one of the smallest birds on La Palma and in Europe. It is the Canary Common Chiffchaff (Philloscopus canariensis), weighing only about eight grams.

At this time of year, the lively songbird uses the first blossoms of the chasmanthemum to drink nectar. At the same time, it acts as a pollinator. The plant originates from South Africa and has become wild on the island in some places. As a rule, its pretty orange flowers are not visited by insects; their task is performed almost exclusively by the tiny birds. 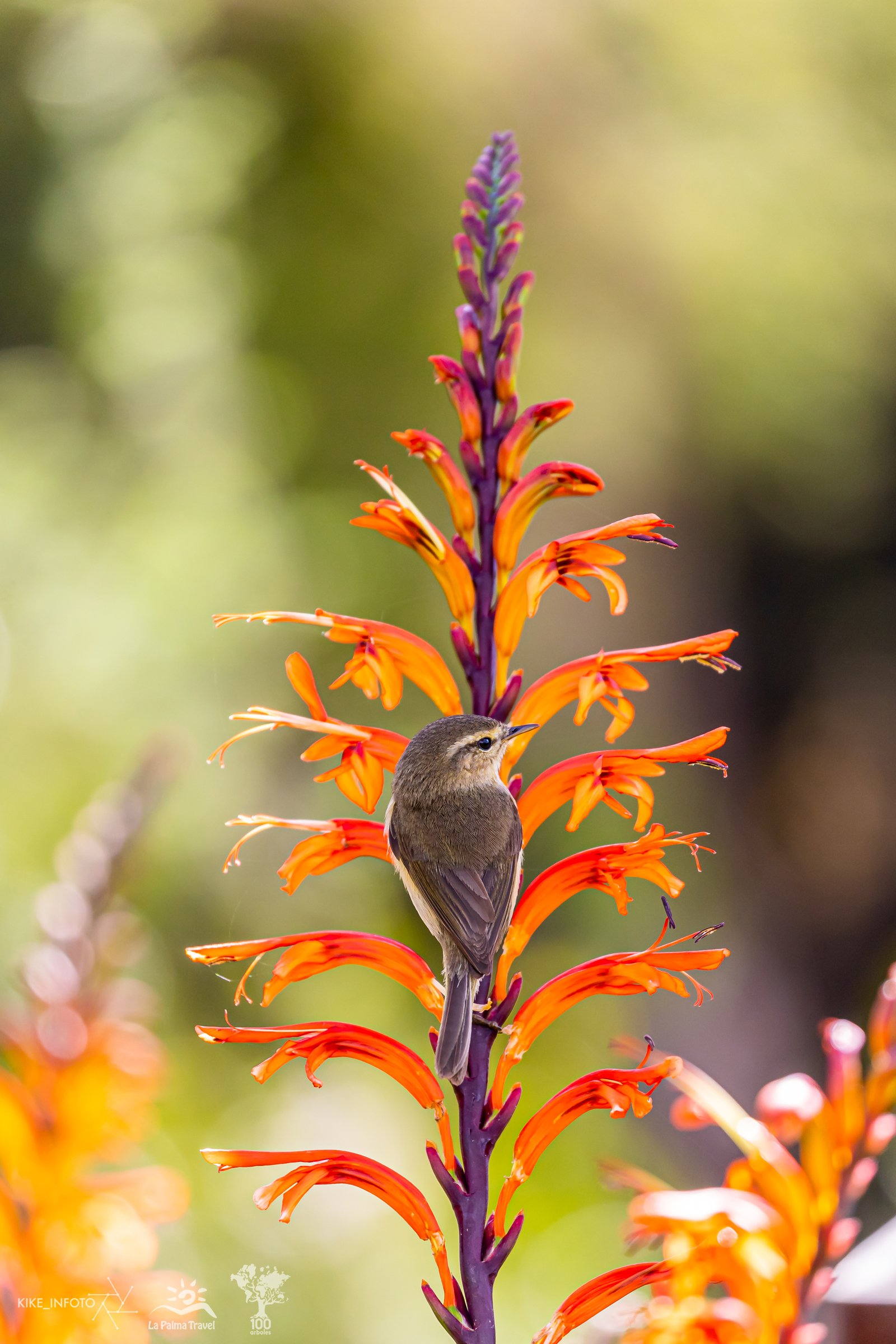 The Chiffchaff feeds mainly on mosquitoes and other tiny invertebrates. This is why it is also called a mosquitero and is valued as a hard-working helper by garden owners and farmers. However, it does not hesitate to peck at the blossoms of almond , plum, apple trees and all kinds of flowers of a certain size if they are available.

It also visits the rare Canary bellflower. Drinking from the narrow calyxes or even feasting on a swarm of mosquitoes, the Common Chiffchaff sometimes resembles a hummingbird while seemingly flying on the spot.