— The winter solstice is approaching.

It will be on 21.12.2021. In the northern hemisphere, this means the shortest day and longest night of the year. Although this is also the beginning of the astronomical or calendar winter, the return of light is celebrated at the same time.

On La Palma, however, according to a Spanish proverb, the time has already come on 13 December: "On Saint Lucia the nights get shorter and the days longer". According to an article at www.muyhistoria.es, nowadays the time when the number of daylight hours increases no longer coincides with 13 December, as the counting of days in the Gregorian calendar has changed.

The introduction of the new calendar resulted in the disappearance of a whole 10 days in the month of October 1582. They had previously been counted using the Julian calendar. This meant that the day in December that determines the winter solstice was postponed. 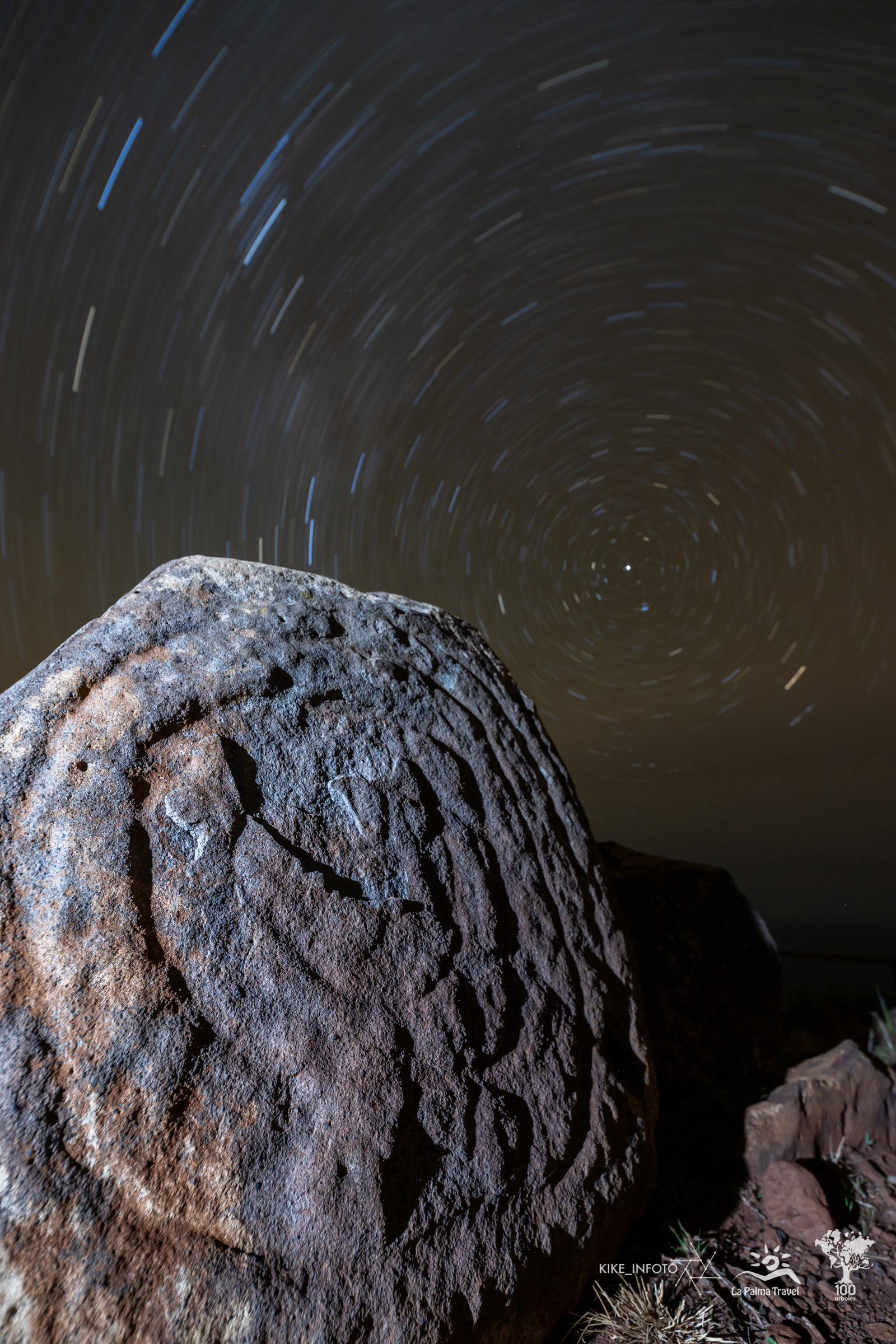 For the Awara, the indigenous people of La Palma, the solstices and equinoxes were very important during the year. Witnesses to this are numerous archaeological stations at strategic points. There they could align their monuments with the stars, the sun and the moon to create their calendars.

In the 32-minute picture by Kike Navarro, one of the prehistoric rock engravings can be seen. It appears to be a canvas on which the movement of the stars around Polaris was drawn.

Detailed information on the Palmerian indigenous people and their rock engravings can be found at the Benehauno Petroglyph Museum in El Paso.