Following the Footprints of the Benahoaritas

It was not until 1752  that Domingo van de Walle discovered the first Petroglyphs on La Palma...

The archaeological find in the Caves of Belmaco (Mazo) had been the first of its kind on the Canary Islands. 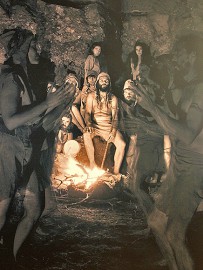 However, public interest in the native inhabitants of La Palma only awoke during the 1980s.

Meanwhile, hundreds of find-spots are known on La Palma.

A large number of archaeological, historical, ethnographic and other researchers as well as a archaeoastronomic group tried to find out more about the mysterious heritage of the Benahoaritas (Guanches) and their lifestyle.

If you are up  to immerse yourself in the heritage of the native inhabitants of La Palma, you find plenty of possibilities all around the island - we provide you with a brief overview:

Detailed information about the life of the Benahoaritas is exhibited in the Museo Arqueológico Benahoarita (MAB) of Los Llanos de Aridane.

By use of wall papers, a video film, maps and finds the archaeological museum exposes the Spanish conquest.

The museum has a focus on geography, climatology as well as the diversity of the fauna and flora of the island during the times of the Palmerian native inhabitants. 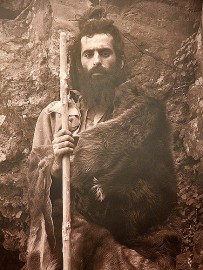 The territorial distribution of „benahoare“ (as La Palma is called in the ancient Canary language) with their settlements and proper names of the territories is vividly illustrated and so are the use of the natural resources and the adaption of the seasons, i.e. during the search of pasture area.

There is also another important  cultural and magical-religious facet of this almost unknown folk.

In Los Llanos de Aridane a monument was erected in the honour of Tanausú, the last emperor of the Benahoaritas von La Palma.

He was the last ruler of the Benahoare, who made a stand against the conquistadors in 1493, together with other native inhabitants.

Defeated by a perfidy he was taken as a prisoner on a Spanish ship to the Iberian Pensinsula, shouted „vacaguaré“ ("I want to die"), he refused to eat and died on the open sea.

Mazo - the Cave of Belmaco

It is the place where during the 18th century the first rock engravings were discovered.

The lovingly groomed facility comprises 10 dugouts, accessible by hiking trails. Two exhibition rooms show specimen of the typical dark pottery, the stone- and bone industry and provides a lot of information in German, English and Spanish about the life of the Benahoaritas.

The Archaeological Park Belmaco of Mazo has turned into a research centre for a many scientists.

In the Ceramic workshop "El Molino" in Mazo an important part of the culture of the native inhabitants has been preserved.

Since the 1970s Ramón Barreto Leal and Vina Cabrera craft replicas of lavish black ceramic pieces of the Benahoaritas, which are traditionally elaborated without a pottery wheel.

Another find-spot of rock engravings of the native inhabitants of La Palma was found on the pale rock Roque Teneguía.

It rises up against the dark volcanic landscape on the southeren tip of La Palma (Fuencaliente).

According to the chronicles from that cave prince Bentacaize ruled his kingdom Tedote.

It is one of the most important find-spots that gives some indication about the way of life of the Benahoaritas of La Palma.

There you find several dugouts and funeral caves. Products made of stone, bones and ceramic were crafted there. An inherent archaeological park is planned to be opened in 2016.

From the visitor's centre a circular route guides you through the bewitched landscape to the remarkable rock engravings of the thorn bush spring.

The petroglyphs of La Zarza (Garafía) have been known since 1949, however investigations started only in the 1970s.

The surrounding area of the cemetary of Santo Domingo (Garafía) is worth a walk to admire stones decorated with petroglyphs in the midst of the beautiful coastal landscape.

In the inner courtyard of the town hall of the municipality of Garafía you find many specimen of artistic stone engravings from the ancient Palmerian inhabitants.

In midst of the marvellous landscape of  Las Tricias there is another pre-Hispanic settlement.

In the lower part of the canyon Barranco del Corchete you find dugouts and rock engravings. The well signed path with its terrific dragon trees is one of the most popular one of the Isla Bonita.

The caves were used for living, storage rooms or stables.

The prehistoric rock engravings are found in the rural area of El Paso.

They show exceptional motives like engravings in the form of a sun. This place ranks as a sanctuary of the Benahoaritas.

In the heart of the Parque Nacional de La Caldera de Taburiente (National Park) you find an extraordinary rock.

The „Roque Idafe“ became sacred to the Benahoaritas, where animals were sacrificed as the rock was considered to keep up the sky.

Whenever you follow the footprints of the native inhabitants please show respect and caution.

Unfortunately, some rock engravings were painted over with modern graffito and smaller finds have been taken away. Preserving the heritage of the Benahoaritas should be a matter of concern to all of us.

Following the Footprints of the Benahoaritas - La Palma Travel