The wine press in the course of sidereal time

— When thinking about the grape harvest, this image came to astrophotographer and landscape photographer Kike Navarro's mind.

Wine has been grown on La Palma since the beginning of the 16th century. While the phylloxera plague destroyed large parts of the vines in Europe at the end of the 19th century, the island was spared. Ancient grape varieties have therefore survived on the island until today.

Now, towards the end of October, the majority of the harvest on La Palma is completed, only the grapes from the high altitudes in the northwest are still missing.

Traditionally, the grapes are trodden and pressed in the "lagar". These simple rectangular buildings made of natural stone are part of the architecture in the wine-growing areas and are of ethnographic and cultural importance. Their centrepiece is the press with its huge beam and screw spindle made of the hard heartwood of the Canary Island pine. 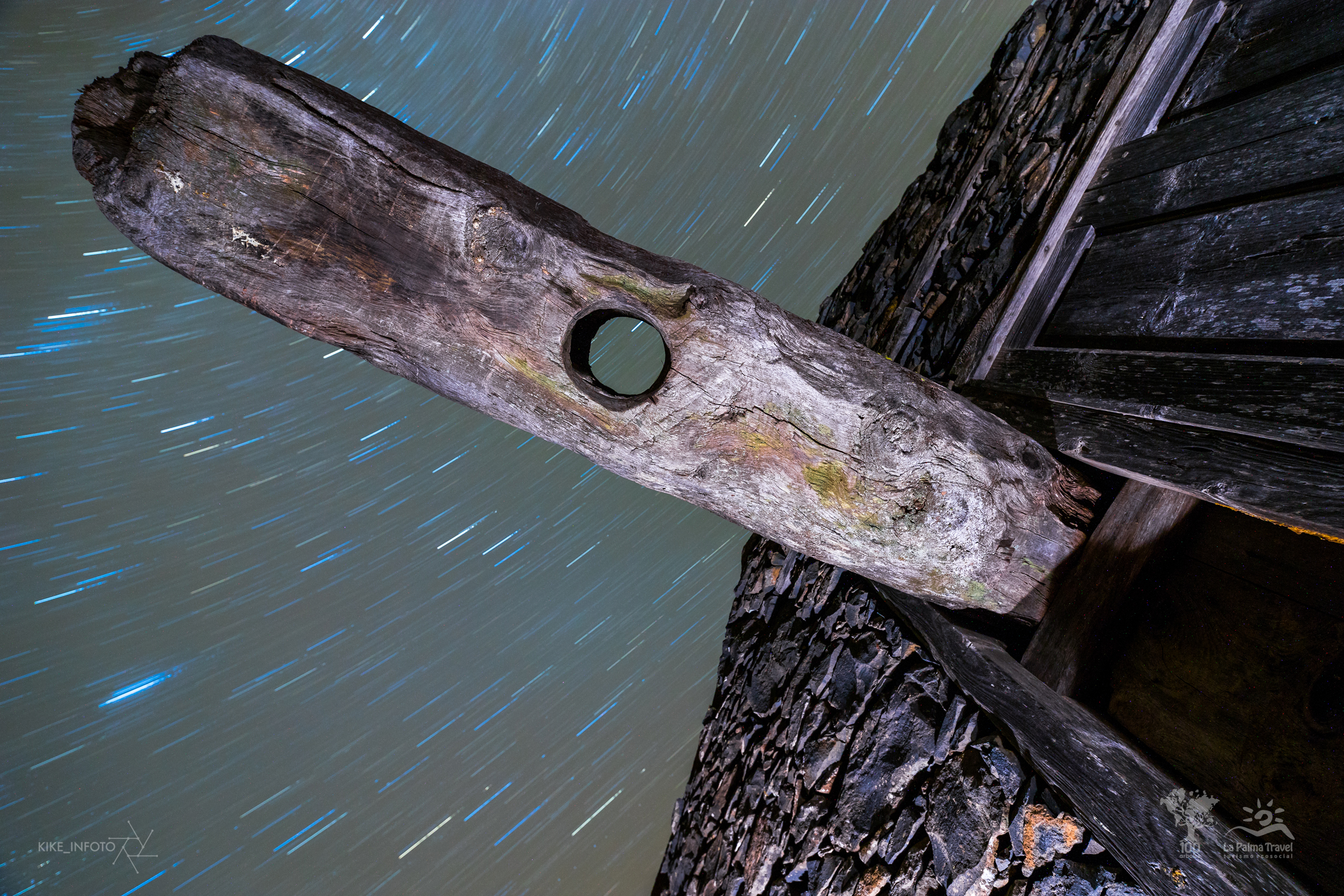 Kike chose a wine press in the La Traviesa area, Garafía, for his photo. It is only a few kilometres from the Briesta restaurant.

Through the unusual perspective, with the camera almost on the ground and pointed at the zenith, he wants to depict the passage of time through the movement of the stars. During the exposure time of 30 minutes, the trails of the stars form strange shapes. This is due to the clouds that passed by and briefly blocked the light.

In the same way, time has dug its traces into the mighty wooden beams – and little by little, customs and technologies have changed in viticulture, winemaking and even in the way wine is enjoyed.