— Kike Navarro captured a moment of "lucha canaria" for us.

It was during a demonstration of this sport, typical of the archipelago, at the Fiesta del San Antonio del Monte in Garafía last week.

Shoulder to shoulder, each with their left hand on their opponent's trouser leg, the fighters wait for the whistle. Now they try to get each other off balance and out of the circle and to the ground with strength and skilful handholds "mañas". Strangle holds and gagging are not allowed. If they touch the ground – except with the sole of the foot – the fight is lost. The winner helps the loser up. After about one and a half minutes the fight is over. If it has not already been decided in the first round, two to three more rounds follow.

The fighters are usually really quite big and strong, but agility and technique ultimately decide the outcome.

In Los Llanos de Aridane you will find the Pabellón Camillo León, named after one of the most famous fighters on the island. You can watch the exciting Canarian wrestling live in the large arena! 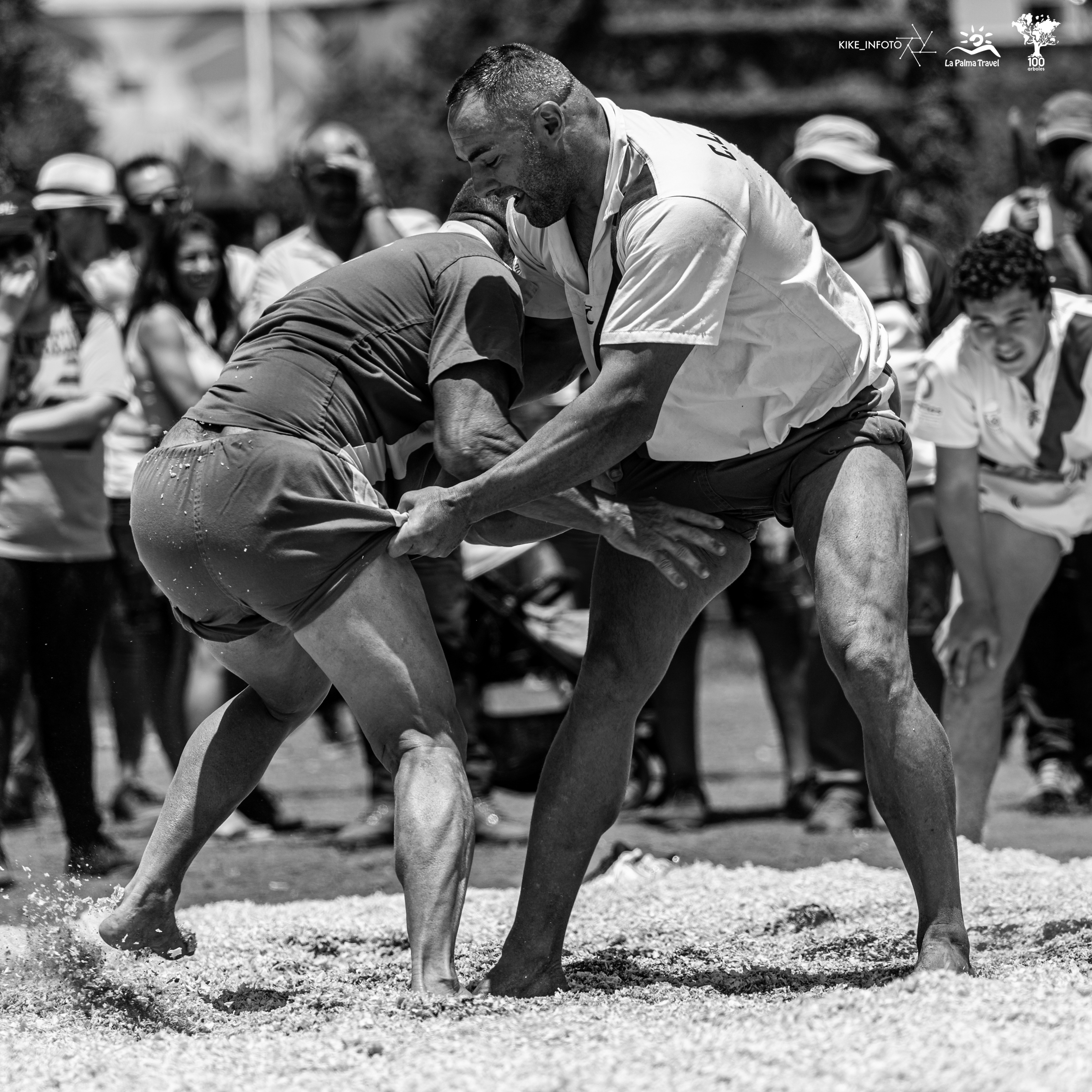 The beginning of this autochthonous martial art can be traced back to the Guanches, the indigenous people of the Canary Islands. The clans of the Benahoaritas, as the inhabitants of the island of La Palma were called, used it to secure their territories. Women also fought at that time: Guayafanta and Garehagua were famous fighters according to legend.

The rhythm of sun, rain, snow meant not only life, but often survival.

No wonder that the Palmerian indigenous people worshipped the earth and the sky. Special landmarks like Roque Idafe in the Caldera de Taburiente were their sanctuaries and places of worship.

The sky with its conspicuous stars was the seat of their goddess "Abora", the sun, and her counterpart "Iruene", the moon. Read more about the Guanches of La Palma...