Windmill under the Milky Way

— Kike Navarro gives us an impressive view of the gofio mill of El Calvario near Santo Domingo.

For decades, it was essential for grinding roasted grain into gofio, one of the most important staple foods of the Canary Islands' indigenous people. Although gofio is still on the island's menu today, this windmill in the northwest of the Isla Bonita has not been in operation since the 1970s. The few remaining windmills mark some of the windy areas of La Palma.

In the picture we see the Milky Way in the summer sky in the background, the centre of our own galaxy, obscured by the axis of the windmill. Several reddish nebulae can also be seen between the leaves. Stars are formed in these areas. The astrophotographer told us that the photo was taken with a slightly modified camera to capture these hydrogen nebulae.

While taking many photos, Kike was waiting for something special. In fact, he managed to catch an unexpected but welcome visitor. It is a shooting star passing very close to Antares. This is the orange star that represents the heart of the constellation Scorpio. 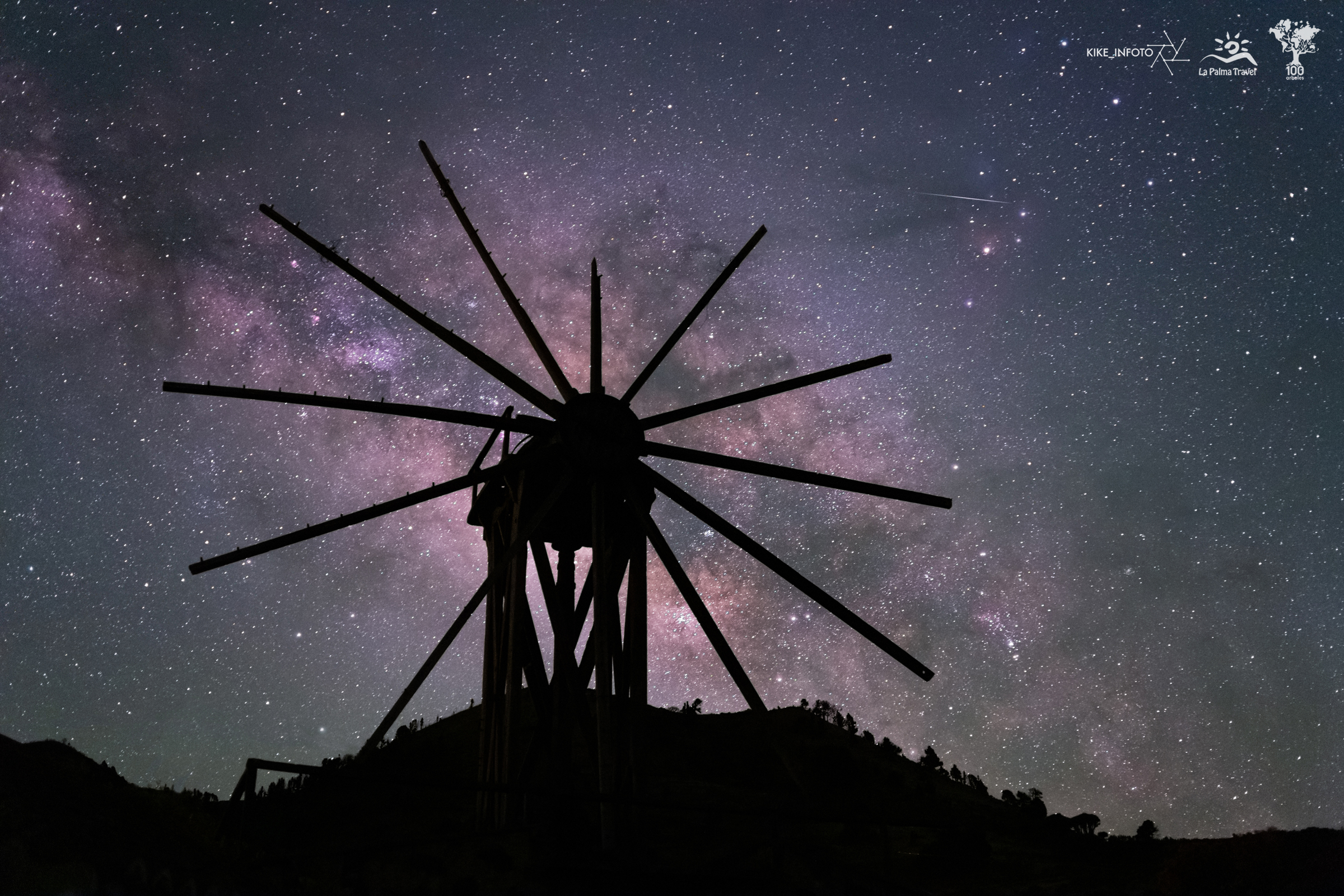 The shooting star is probably the size of a grain of rice and is burning up in the upper atmosphere at very high speed. On average, it passes by at an impressive 50 kilometres per second. It takes less than a second for it to cross the entire island.

Since no artificial light has been added to the image and there is almost no light pollution, we can see the black silhouette of the windmill.

In the same municipality, Garafía, we can also visit the mill of Las Tricias, which houses the Gofio Museum (MIGO).

The windmill of Las Tricias was built by the carpenter Antonio Acosta Rodríguez according to the Ortega system. It was already in operation in 1908, but was moved to its present location in 1915 because of better wind conditions.

There is also an astronomical lookout point here.