La Palma looks to the sky

Both telescopes are very different from those in the domes. They do not aim at distant stars and galaxies, but point them a few kilometres above our heads to pick up a faint light. This Cherenkov light is produced by gamma rays as they enter the atmosphere.

Gamma rays are high-energy photons (billions to trillions more energy than photons produced by the Sun) and are only produced by the most violent events in the Universe, such as supernova explosions, black holes, and so on. 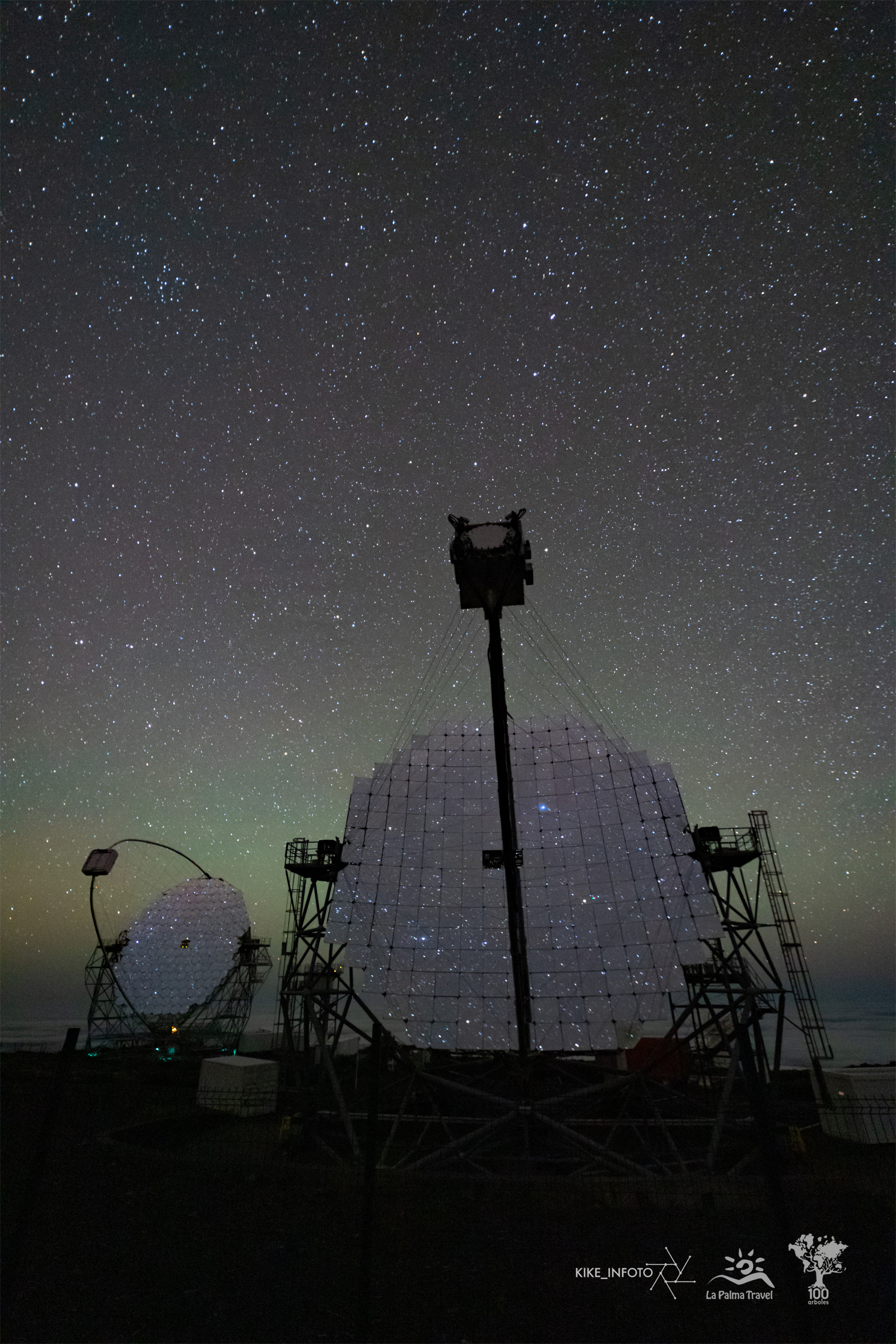 At the time the picture was taken, the telescopes were pointed at the centre of our galaxy where there is a gigantic black hole, just outside the horizon. That is why we can see the stars twinkling so wonderfully in the mirror.

The greenish colour in the sky is an effect of the atmosphere. It is called airglow and is only visible in very dark skies and only at certain times.

Thanks to the Natural Night Sky Protection Act, astrophotographers like Kike Navarro, scientists, astronomers and ordinary stargazers can dive deep into the vastness of the cosmos on Isla Bonita.

Those who go stargazing with him will experience constellations, planets and the vastness of the Milky Way at selected locations. It doesn't always have to be the highest mountain. Depending on the desired activity, Kike also accompanies his clients to volcanic landscapes or to the sea. He can also be booked for guided tours of the International Observatory on the Roque de Los Muchachos.

Window to the universe - the new visitor centre

Visitor centre Centro de Visitantes Roque de Los Muchachos
This specialised tourist centre pays tribute to the astrophysical observatory of La Palma, which is one of the best and most important in the world.

It aims to give visitors:inside an understanding of the impressive experience of research with the observatory's telescopes, the journey goes through three exhibition halls: