The volcano and the universe

— The nights on La Palma are darker and clearer again.

The volcanic eruption at Cumbre Vieja was declared over on 25.12.2021 and yet the process of cooling and degassing is still active. The vents show how hot the inside of the volcano and the young rock still is. In Kike Navarro's photo, they seem to be spewing small flames. We can almost sense the smell that betrays the escape of gases. A natural process that can continue for weeks or months.

The enormous natural event has created a new mountain and seriously changed part of the landscape of the Aridane Valley as well as the lives of many of those affected. The "Nameless One" is no longer spewing lava and boulders. It has stopped pushing ash clouds into the sky and drowning out the darkness with its red glow.

Kike has taken advantage of this fact and captured the volcano with the centre of the Milky Way. It appears from 4am at this time of year, revealing numerous nebulae and star clusters. 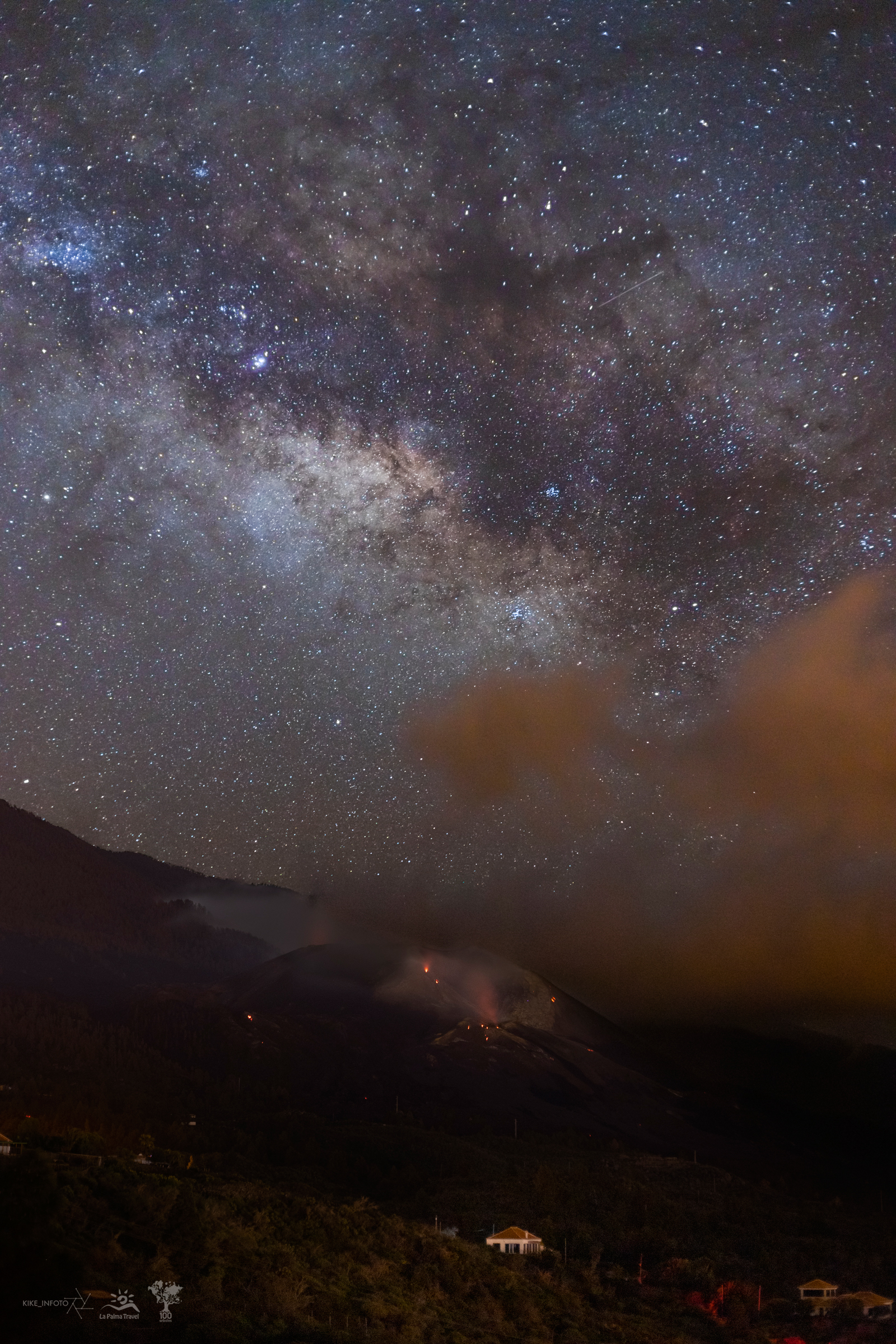 The picture was taken from a small mountain accessible from the Tajuya area.

Those who go stargazing with him will experience constellations, planets and the vastness of the Milky Way at selected locations. It doesn't always have to be the highest mountain. Depending on the desired activity, Kike also accompanies his clients to volcanic landscapes or to the sea. He can also be booked for guided tours of the International Observatory of the Canary Islands on the Roque de Los Muchachos.

The possibilities to look into the universe from the beautiful island are manifold.