Living with the volcano

— Kike Navarro's photo today reminds us that life goes on and you just have to adapt to an extraordinary normality.

Although the volcano sometimes shows weaker phases, it behaves like an uninvited guest at the party who doesn't want to leave.

The sun, moon and stars rise and set unflinchingly every day. The warm light of the street lamps continues to flatter the night. Cars circulate, some people go for a ride, others have to go to work. 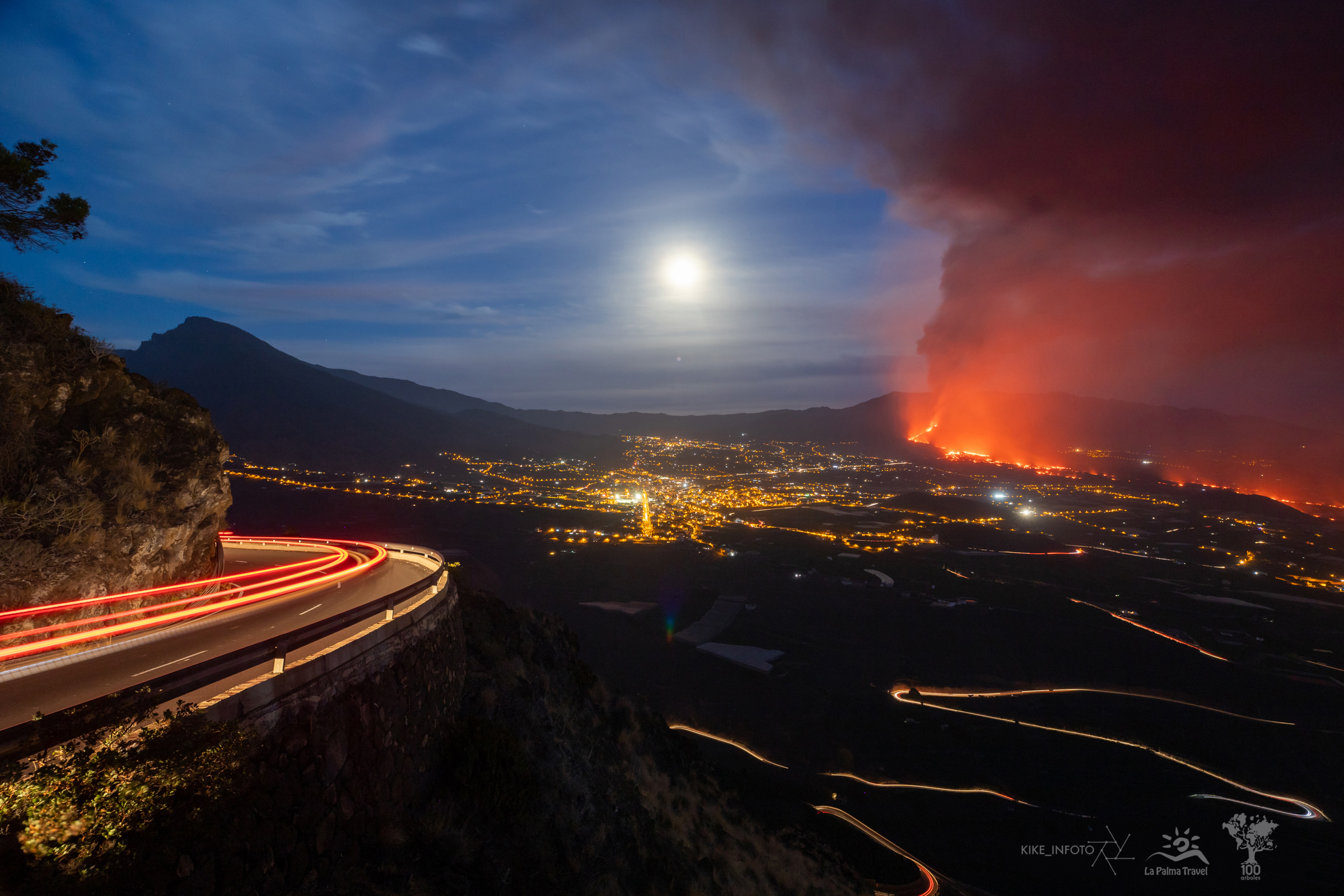 In Kike's photo, we see the view from Mirador El Time in the municipality of Tijarafe towards the Aridane Valley. The first thing you notice is the volcano. It spews out gases, lava and pyroclasts, coloured red by the glow of the lava. But we can also see the almost full moon rising behind the towns of El Paso and Los Llanos de Aridane. The main street of Los Llanos is clearly visible as a bright straight line. The sky above the scene shows unusually high clouds.

We can also see the effect of the lights of the cars driving on the roads. Once very close on the left, and also how they wind through the ravine further away on the other side, as if it were an ordinary evening.

Kike Navarro – La Palma in pictures • 12 - Living with the volcano