The miracle of life and survival on the volcanic island

— Today Kike Navarro shows us an example of evolutionary adaptation to life in a volcanic environment.

This Canary Island pine fell victim to the Garafía forest fire in August 2020. More than 500 ha of forest and pasture land as well as some vineyards were affected.

For months, this pine tree was also completely black. The fire has furrowed its trunk as if rivers of lava had poured over it. But its bark is almost fireproof. It does not burn, but crusts and protects the core of the trunk. 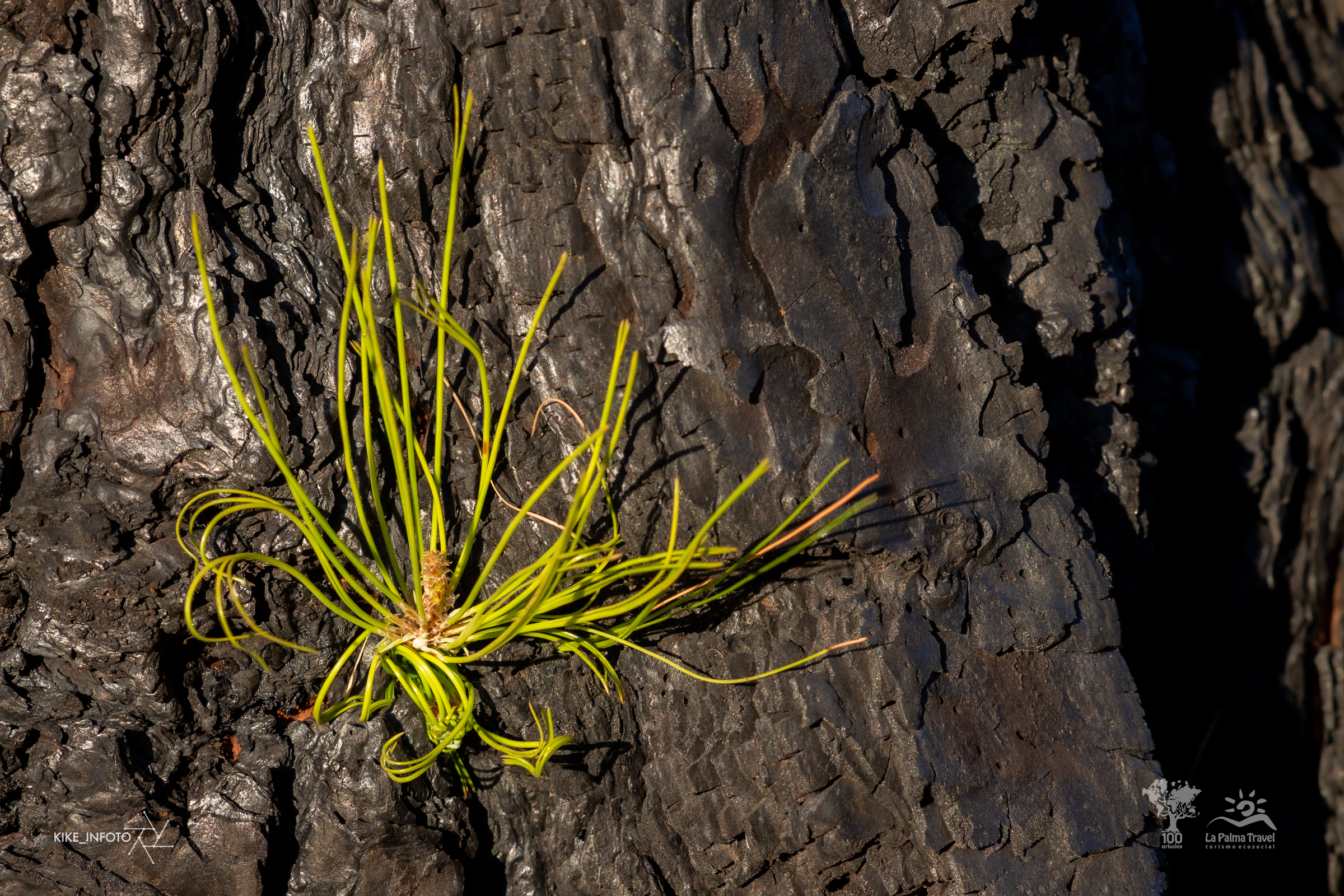 After the rains in autumn and winter had soaked the roots, the tree began to grow again. Today, the bright green fresh shoots bear witness to the fact that the instinct to survive and cope with extreme situations is in its DNA and also in the islanders.

This particular pine tree stands in a small forest near El Castillo and gives courage to believe in a resurrection like that of the phoenix from the ashes.