The volcano of Cumbre Vieja

It has erupted on the west side in the Cumbre Vieja Nature Park and several lava flows are rolling through parts of the communities of El Paso and Los Llanos.

This photo was taken by Kike Navarro on 20.09.2021 on Roque de Los Muchachos. The mighty column of smoke of the still nameless volcano rises several kilometres into the sky. It was just getting dark and the full moon was rising at the same time. It illuminated the scene from the left and created the shadows.

In order not to hinder the rescue services, who were busy with evacuation and cordoning-off measures, Kike chose a place where no one was. A place above the clouds. Even from up there he could hear the roar of the mountain and the explosions. 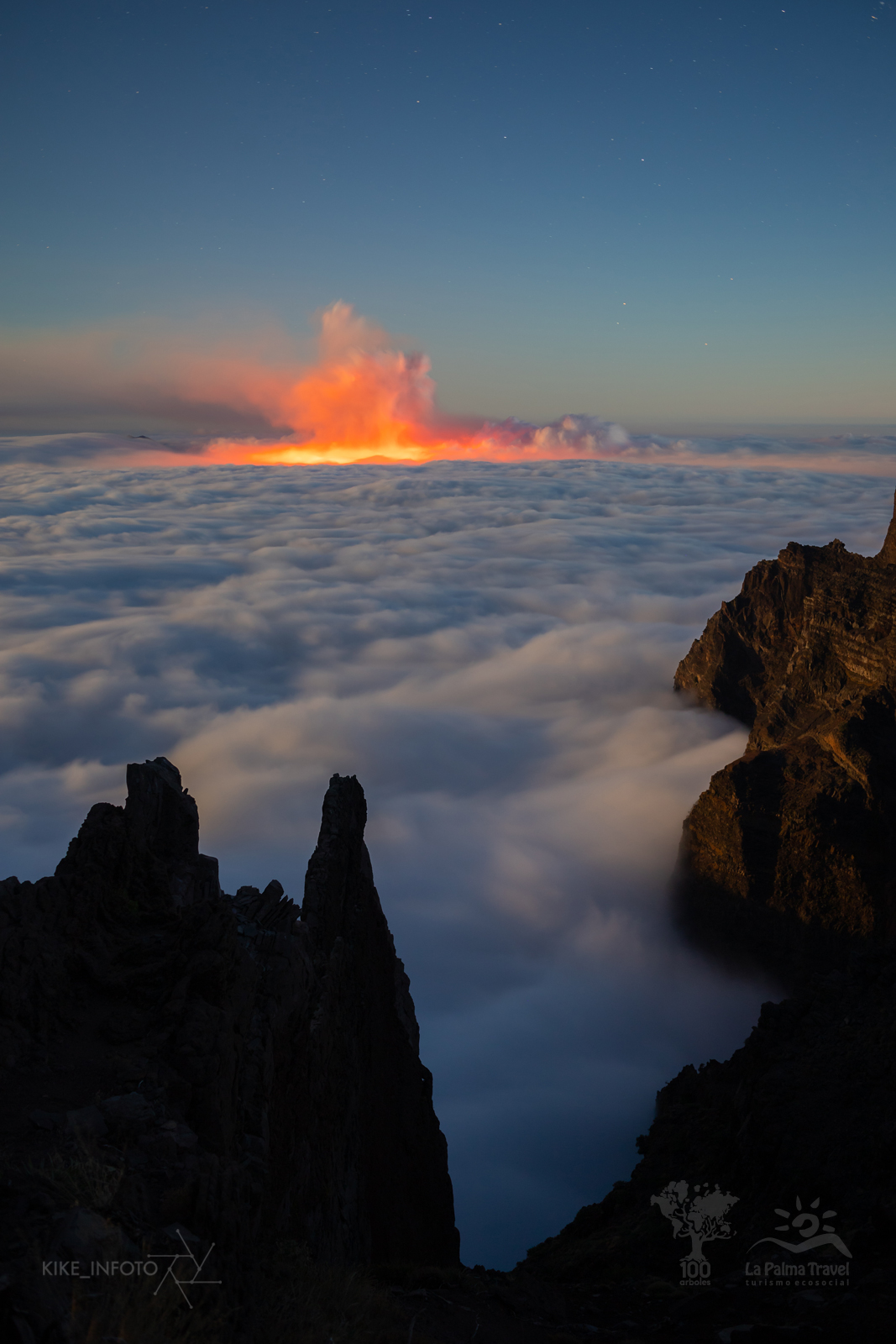 How small, powerless, helpless man is in the face of this force of nature rising above the sea of clouds. For the more than 6,500 people who had to flee from the volcano, this is the reality. They had to leave their homes, farms, plantations, businesses, without knowing if they will ever be able to return.

Many have lost everything in the meantime. The land that the huge lava, up to twelve metres high, rolls over is lost to the owners. When the volcano stops spewing (experts estimate in about 24 - 84 days), the lava eventually cools and is solid, you can't just push it aside and rebuild what was there. For these people, there is no going back.

The volcanic eruption is a historical event, scientists from all over the world are studying its course, but the flow of lava cannot be stopped.

Nevertheless, we can do something. We can support the volcano victims with a donation. What is urgently needed after the many donations in kind is money. The affected communities have set up collection accounts for this purpose:

Please indicate DNI, NIE or passport number, last name, first name, "Aportación Volcánica" if you would also like to help the volcano victims. Thank you very much.