In the enchanted forest of Garafía

He took this photo one morning after one of the rare summer rain showers. As the clouds and mist broke away with the sun, they created beautiful contrasts of light and colour. 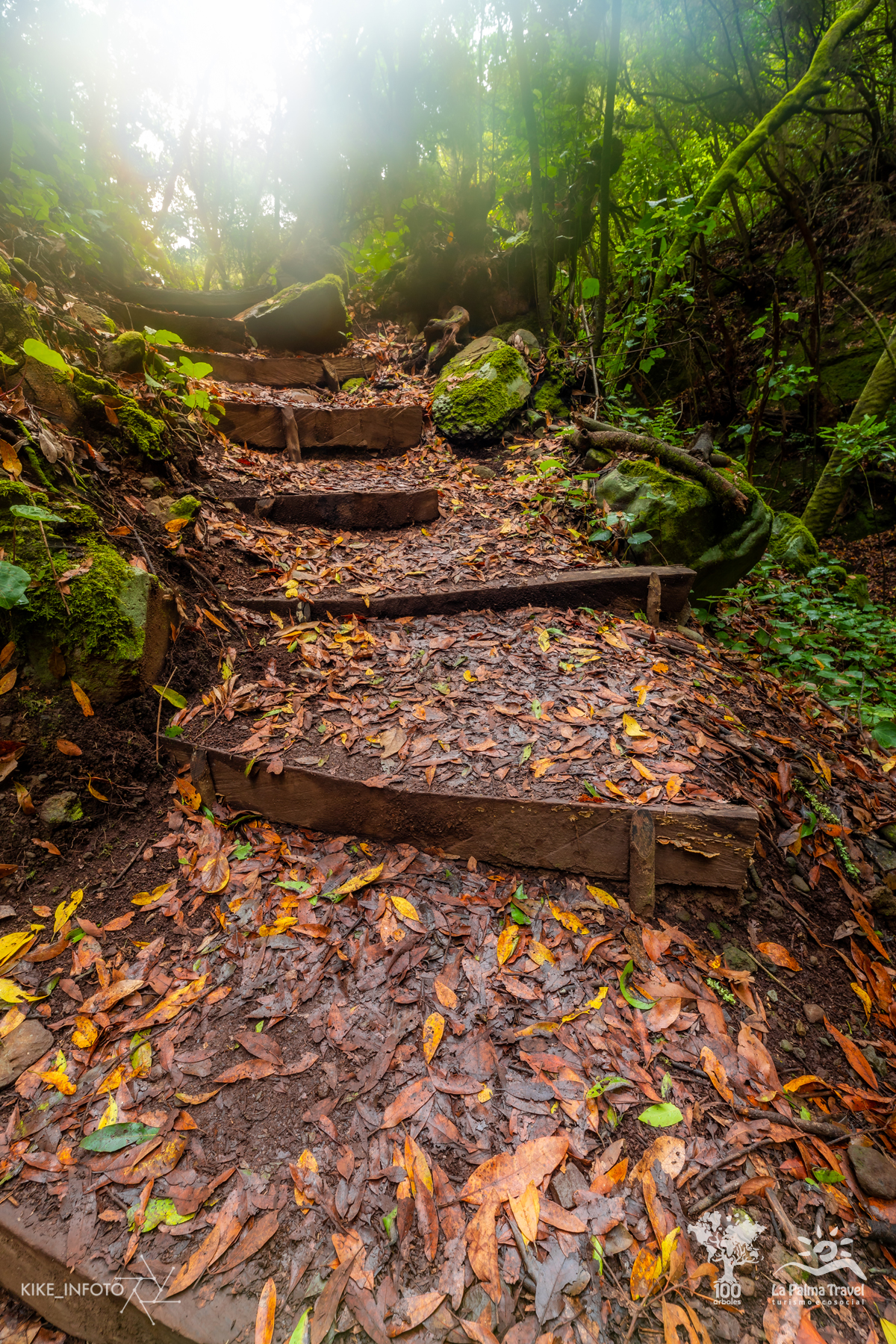 But even when it is not raining, this forest between La Zarza and Don Pedro (Garafía) is green and almost always humid. The trade winds push the clouds against the mountain, letting them penetrate deep into the vegetation, soaking it with moisture and creating the so-called "horizontal rain".

The PR 9.2 trail runs downhill-uphill for several kilometres through a laurel forest, always close to the canyon bed of the Barranco la Magdalena. During heavy rain, the otherwise dry watercourse fills up and may not be walked on. On warm summer days, however, the shady path is pleasantly fresh.

Like many other areas in the north of the island, this area is sparsely visited, and it is not unusual to walk the entire route without encountering a single person.

A very special place is "caboco la catedral". A spectacular valley basin with the power of a waterfall carved into the stone on its steep rock face. Here, by the cave and the giant ferns, time seems to stand still.

At one end of the path is the most important archaeological site of rock engravings on the island, the La Zarza y La Zarzita Cultural Park. The Benahoaritas (also known as Awara) considered these forests magical and sacred, and we can understand that. The whole forest has an atmosphere that gives a very pleasant feeling that is difficult to explain.