Salt pans in the glow of the Milky Way

— By day, the nature reserve at the southern tip of La Palma with its volcanic landscape, the two lighthouses, the marine museum and the themed restaurant "El Jardín de la Sal" is a popular excursion destination for locals and tourists; in winter, migratory birds also appreciate the salt works as a resting place. 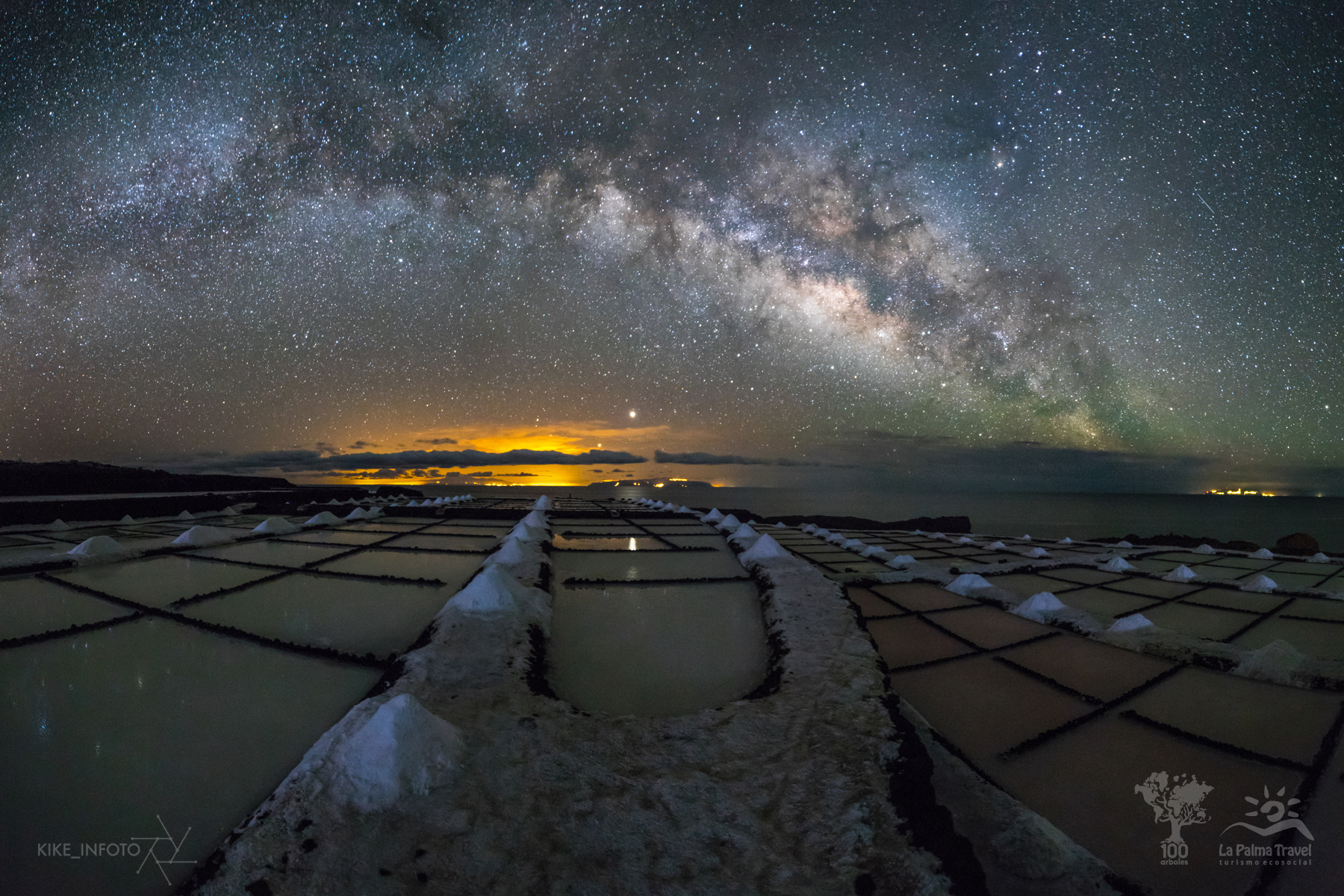 The third generation of the family business continues to harvest the sea salt "Teneguia" in traditional manual labour. This is done from around May to November. In summer, when the sunlight is particularly strong, the water evaporates more quickly and the wind dies down. Only under these conditions can the Flor de Sal (salt bloom) be skimmed off. The crystals of this very fine layer are the purest and most valuable form of salt.

At nightfall in July, a celestial spectacle begins in the clear sky. The Milky Way stretches its arc over the salt marshes, accompanied by constellations such as Scorpio, Sagittarius, Eagle and Swan.

In Kike Navarro's ultra-wide-angle shot, some pink-coloured salt pans can be seen in the front right.

Some salt-adapted microorganisms are responsible for this play of colour. These include a species of bacteria, the alga Dunaliella salina and the tiny brine shrimp, which is eaten in the food chain by flamingos, among others, and passes on the pink to them.

The soft light on the ground comes from the Fuencaliente lighthouse, which stands just behind the salt flats.

Three islands are visible on the horizon: Tenerife on the left, La Gomera close behind and El Hierro further to the right. We can also see how much light pollution there is on Tenerife, especially compared to La Palma.

Directly above La Gomera is Jupiter, the largest planet in the solar system. It shines very brightly and is reflected in the ocean and the salt flats. The much paler Saturn lies between two clouds. A faint green light can be seen over El Hierro. It is a fairly common atmospheric phenomenon, but it is only visible in very dark skies. Near Tenerife it is not visible because of the many lights.

With this photo, Kike shows us the salt flats of Fuencaliente as I'm sure not many visitors have experienced them.