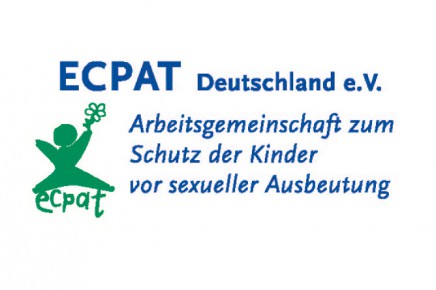 Roth Reisen GmbH clearly speaks out against any kind of child abuse through prostitution, pornography and human trafficking. Such heinous crimes cause severe health, psychological and social damages to the affected minor.

We also see a danger in treating child abuse as a taboo and have decided for a sponsoring membership with ECPAT (End Child Prostitution and Trafficing).

The former movement, originating in Thailand combating sexual exploitation of children has developed into an international child welfare organisation in the past 15 years.

By supporting ECPAT we send out a clear message and like to raise awareness for this topic among our clients, employees, partners and local community.

Many of our La-Palma.Travel employees on the "Isla Bonita" as well as from puravida.travel in Costa Rica, are parents and directly or indirectly come into contact with violence against women and children.

Topics like abuse or domestic violence turn into a personal concern.

A clear "No" to Machismo

Children are no commodities!

There is no room for child abuse within our operations as a sustainable individual tourism provider, which is the same with domestic violence, like machismo, which unfortunately still is widespread in our focus business countries Spain and Costa Rica.

Despite an increased awareness in disreputable establishments, right in the centre of the capital San José, children under 18 years are still sold to sex tourists by their parents.

Many children and teenagers are forced by their families for economic reasons. More than 24.8%  of Costa Rica's population live under the poverty line.

Up to 950 sexual acts of violence against children are reported each year, the number of unreported cases is even higher.

In a small village on the Caribbean side, a 10 year old girl living in a modest wooden hut close to our employee Christine,  is given a whipping with a belt by its brutal father.

When Christine took the man to task, he responds with threatening gestures.

In fear, neither victim nor neighbours are prepared to give testimony in front of the National Child Protection Association PANI.

Although the complaint initially was unsuccessful, Christine notices that the perpetrator does not feel that save anymore within his social environment and stays away from further incidents.

The Situation on the Canary Islands

Although unrecognized by many travellers, poverty on the "Isla Bonita" is ever-present 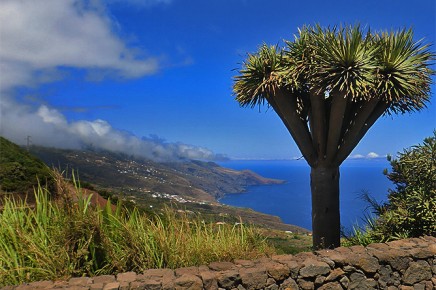 On the Canary Islands thousands of families live in extremely difficult situations.

It often lacks even on basic necessities. In 2008,  with the outbreak of the "crisis", the Spanish construction industry collapsed. Many people became unemployed, government aid is often very low and only temporary.

In the 2nd quarter of 2016 the unemployment rate was around 27,33 % (Instituto Canario de Estadística). Although this figure is slightly lower than the one in the quarter before, let's not forget that wages have dropped, new employment contracts are often seasonal, mostly limited to a few days or weeks and that there are more and more subcontractors.

In many families all members are unemployed, about 50% don't receive any financial support. That way, families fall behind in paying rent, mortgages and there is lacking in everything. In many cases this results in forced evictions.

Children are those who suffer the most

In 2015 the Canary Islands were under the six areas within Spain's Autonomous Communities, that were most affected by child poverty.

According to a report of the child rights organisation  „Save the Children“ each third child in Spain suffered from poverty. Caritas and other humanitarian organisations distribute food, but who pays for the gas cylinder in order to be able to cook that food?

And how can books for children be afforded  or entrance cards for cultural or leisure activities?

Social exclusion is another fact that adds up to poverty

We are talking especially about young people without any working experience, who are unable to find a job.

For many of them this means to overly remain on their parents. In many cases, young couples cannot afford their own apartment, entire families are jammed together in their parental home. Moreover, employed or single parents often need grandparents to take care of the children.

Machismo and Domestic Violence against Women

The financial situation, unstable times, lack of self confidence, missing role model as well as disregard of equality between man an woman cause a relapse in former gender roles and gender-based violence.

In July 2015 our La Palma.Travel staff was shocked by the insane act of a 32-year old Palmero. After a dispte he doused his ex-girlfriend (27) with gasoline and set her on fire. Soon after the young woman died.

Talking only about this year, around 2.423 women filed a complaint because of domestic abuse. Almost each of four female complainants (23,6 %)are attributed to protective measures (ElDía.es). 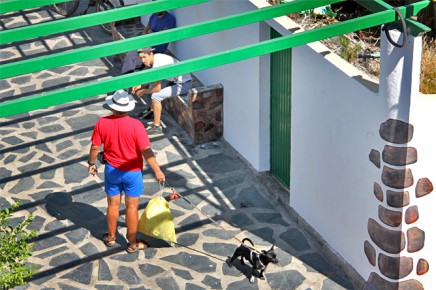 Machismo asking women to totally subordinate seems to be deeply rooted in the culture and frighteningly can also be observed with many 20 year old men.

Young men are lacking in experiencing role models and emotional support. Those, who expose themselves as vulnerable are - like in Germany and other European countries - are called homophobic or "gay". Most of those insulters have never been taught to deal with rejections and often respond with insults and threats.

On average, Spanish girls more frequently are graduating as their male counterparts of the same age. They have learned, that they have to make a great deal of effort, however, they tend to be pleasing and subordinate.

Domestic violence is passed on to the next weaker family member.

Children partly are mistreated by their mothers, as fathers often are not present or existent.

The guiding principle is, that every child is eligible for full protection in regard to all kinds of commercial exploitation and sexual abuse.

Worldwide 80 ECPAT-groups in 74 countries (status 2014) have set their following goals: global networking an cooperation too combat sexual exploitation of children, die publication of studies of child prostitution, pornography and trafficking as well as the financial support of key initiatives in low-income countries.

One ECPAT accomplishment is the successful implementation of measures contra to anonymity, amendment to criminal law and victim protection.

Since 1993 it became possible in European countries, regardless of regulations in the respective country where the child abuse had taken place, to bring perpetrators (in their home country) to trial.

Based on the UN-Declaration of Human Rights, Roth Reisen GmbH as a sponsoring member of ECPAT is also backing t"The Code", a codex to combat sexual abuse in tourism.

In particular, this includes the zero tolerant in regard to sexual exploitation of children, training of staff as well as the support of necessary preventive measures.

As a travel organizer we also witness negative, social impacts in holiday destinations and personally experience them during on-site.

Although not all excesses are recognizable, such serious irregularities are harmful for the eco-social development of the country.

Within the scope of our sustainable business activities we take on the responsibility to improve social and environmental situation in La Palma and Costa Rica. Roth Reisen GmbH  therefore welcomes the ECPAT-campaign „Don't look away“  with participation of  16 European countries (including also Spain).

The triennial project, subsidized by the European Union, is targeted on promoting new possibilities of combating sexual exploitation of children in tourism.

Furthermore, travelers from all European countries also have the possibility to report observations on the portal: www.reportchildsextourism.eu.