The Island of Eternal Spring

On La Palma you enjoy warm and mild temperatures all year round.

During winter, at sea level there are approx. 18 degrees during the day. In summer temperatures rarely rise above 27-30 degrees Celsius.

The rule of thumb is 1 degree Celsius per 100 meter height difference.

Weather is largely influenced by a constant blow of the north-eastern trade wind.

Water sucked in from the vapor over the ocean is carried by trade winds to the west. Wet air is caught by the Cumbre mountain range where moisture gets released.

The Canary pine tree with its 20 cm long needles literally combs out precious moist air from the clouds and transports it to the soil. 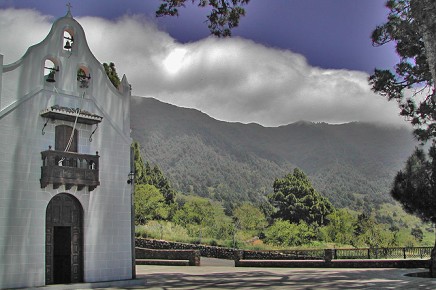 The amount of water supplied to the soil through dropwise condensation surpasses almost twice or three times the quantity of water obtained from precipitations!

Constantly dropping water trickles through the porous lava rocks and is collected in huge caves inside the island, which serve as natural water reservoirs.

If it were not for the trade winds and the high mountains with their pine woods, La Palma would not rank as the best watered and greenest of all Canary Islands, other than look dry and barren like Fuerteventura or Lanzarote.

The Canary island is popular destination for paragliders.

Beginners without any advance training in paragliding can dare a tandem jump along with a professional guide.

Calima or Levante is another weather phenomenon which every now and then occurs for some days on the island. It brings along hot, dry air and dust from the Sahara. 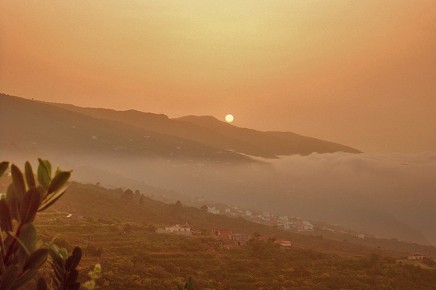 This reminds us that we are located on one level together with the Sahara dessert. It also makes us realize of how benefited we are by usually favourable climatic conditions.

During Calima there are temperatures around 40 degrees Celsius and higher regions are significantly warmer than the lower ones.

Overnight the air hardly cools down and clear view is blurred by the dust from the Sahara. Everything is covered with a fine layer of reddish sand.

A Calima usually lasts 3 to 4 days, however it sometimes can take up to 5 days, like it happened in summer 2004.

Weather gets even nasty when fall winds join hot air, which is then called Levante or Africano. Fall Winds are particularly fatal for agriculture. Within a short amount of time a Levante can cause severe damages and in a blink of an eye might ruin everything achieved by hard work, like ruits that dry on trees or banana plants which are teared apart.

Luckily those fierce, hot winds do not frequently occur on La Palma.

It can last for a few days, however soon after nature provides us with a recompensing green splendour and flowerage. 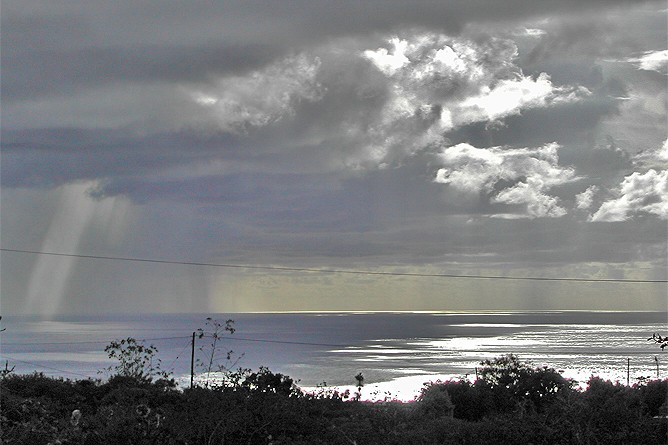