Diversity of Species in the Biosphere Reserve

Far out in the Atlantic Ocean on the Canary Island plants have survived unlike at other places in the world, some even became extinct during the ice age.

Others have developed subspecies, that only exist on the Canary Islands. 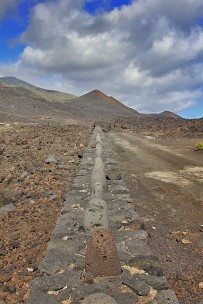 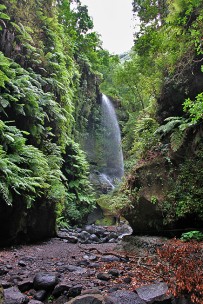 Some of this endemic species exist only on a certain island and even there sometimes only in a specific area.

The secluded location, differences in altitude of more than 2.400 meters on an area of only 706 km², the influence of the trade winds and the moisture-laden trade wind clouds make La Palma the greenest of all islands.

Even though there are completely different landscapes like the dry lava area in the south and the deep green laurel forests with canyons difficult to access in the north. Thus the abundance of vegetation zones and microclimates are the breeding ground of the biodiversity.

Although over the centuries humans changed the nature of La Palma through their construction activities, use of wood and agriculture, a dense vegetation rich in species could be preserved.

Already in 1983 the area called „El Canal y Los Tilos“ was declared Biosphere Reserve and since 2002 the entire island has been protected with the objective of a sustainable development.

Diversity of Species in the Biosphere Reserve - La Palma Travel